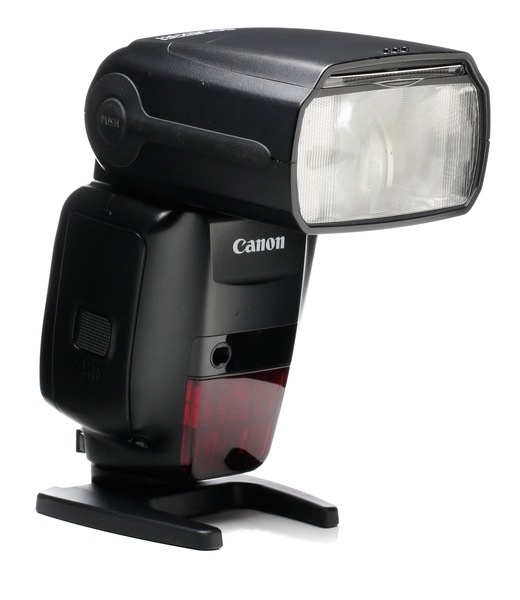 The Speedlite 600EX-RT is Canon’s first hotshoe speedlite to have a built-in radio transceiver. It can receive radio triggers from a second on-camera 600EX-RT or the Canon ST-E3-RT transmitter, up to 30m (98.4ft) away.

To provide better functionality with Canon’s DSLRs, the AF assist beam in 600EX-RT has been updated to take full advantage of the 61-point AF system of these cameras. For rough shooting conditions, the 600EX-RT features improved dust and water-resistance, as well as increased in body strength. Canon has also made the 600EX-RT compatible with all current versions of TTL / E-TTL / E-TTL II.

This update to the 580EX II offers two or three important improvements for Canon shooters, depending on what your needs are. The biggest is obviously the radio triggering. While Canon was arguably playing catch-up in the wireless off-camera flash world, they’re definitely leading now.

If you shoot Speedlites off-camera, you want this flash! The second major improvement is the menu system and ease of use. It’s no touch-screen iFlash (I should probably coin that!), but it’s much easier to use than previous versions. The third major improvement is the expanded zoom capabilities (to 200mm), making Canon sports shooters the happiest of all photographers. While this may not directly affect all shooters, for those it does, they’re grinning ear-to-ear.

Just to be fair, build quality has also been improved, as well as the AF assist function updated to support Canon’s 61-point AF system. While both of those improvements are definitely welcomed, they were also expected. All in all, the 600EX-RT puts Canon at the top for off-camera flash shooting.