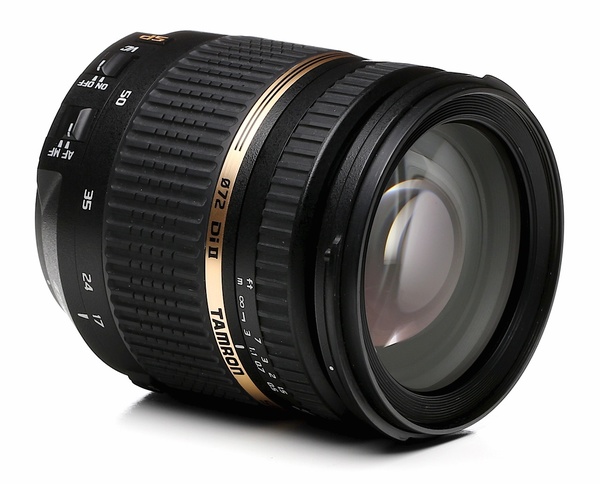 The original Tamron 17-50mm f/2.8 was for years considered one of the best bargains available in a wide-angle zoom. Then Tamron added their excellent Vibration Control system to make a really good lens even better. If you haven’t shot a wide angle with Vibration Control, you’re in for a treat: handholding a lens for 1/6 of a second and getting a sharp image is pretty cool.

There are several choices in the 17-50mm range for crop sensor cameras, and rather than doing separate takes for each, I thought a bit of comparison would be better. The summary, though, is they are all pretty good. Whichever you choose you’ll probably be happy with. An important generalization first: all of the 17-50 lenses are sharper at the wide end than at the long end. If you think you’ll be shooting mostly at 50mm or so, you might want to consider a 24-70 or similar range lens.

Canon 17-55 f/2.8 IS. The most expensive of the bunch. It has good image stabilization, but no better than the others. It will definitely autofocus more accurately, particularly on older cameras and in lower light. It also has the smallest barrel distortion at the wide end (although it’s still significant at 2%). Probably the best of the group, definitely the most expensive.

Sigma 17-50 HSM OS. As sharp as the Canon in the center, and at f/4 it's as sharp in the corners too. Maybe even sharper than the Canon at f/4. It has more barrel distortion at the wide end at 2.9%. That's easy to correct in photoshop, but correcting distortion also decreases resolution, particularly in the corners. Probably as good as the Canon except for the autofocus.

Tamron 17-50 f/2.8 VC. This lens has excellent vibration control, as do the Sigma and Canon. It’s not quite as sharp as either, although it’s in the same ballpark, and it is less expensive. It has even more barrel distortion than the Sigma though, at 3.3% at the wide end. Has had some autofocus problems with some Canon cameras, where only the center AF point is active.

Tamron 17-50 f/2.8. This is the older, non-vibration-controlled version of the Tamron lens. It is optically different and actually sharper than the Tamron VC--as sharp as the Canon and Sigma versions. It doesn’t give you image stabilization, but if you’re shooting in good light where that doesn’t matter, it’s a great bargain, being less expensive than any of the others.